Join GPA at our global Virtual Summit, Wednesday June 10th 2020. Starting in APAC, then EMEA, then finally Americas, guests can register to join the session that best fits their availability on the day.

Virtual Summit guests will discuss the radical difference in the way we will have to live and work after the COVID-19 pandemic. You will meet with thought leaders from across a broad spectrum of modern workplace disciplines. Our community of experts will help provide the different lenses through which to view these challenging topics. Together we will create compelling opportunities for customers, partners, and GPA teams alike to learn from their peers, and to go back to their organizations better-prepared to lead and educate others. AV service and hardware is an important cog in the post-COVID world, but to truly understand the opportunity, the bigger picture of workplace, culture and people is essential.

If you would like to take part in our Virtual Summit, please fill in the Event Registration Form below. Event registration must be completed at least two (2) days prior to the event. Each session will follow the same agenda – the same keynotes, and workshops. Just pick the time that works best for you.

REGISTER FOR ON-DEMAND ACCESS
Agenda and Timing
APAC – 1200 SGT               EMEA – 1400CET               AMERICAS 1000 PDT
TOPICS
Legacide – why legacy thinking is killing your progress
In this provocative keynote, renowned global speaker Richard Mulholland will challenge your thinking and give you a new lens with which to look at your role in the re-build.


The Post Pandemic Office – Preparing for the “Next Normal”
Join Brad Sousa who will discuss the next normal post COVID as well as how businesses will need to strategize on the "Heavy Middle" and what tomorrow may bring.
Advantage, Opportunity, Necessity – A new reality for Personal Video Tools
Remote working isn't just a short term trend and the enablement from headquarters for working from home is now prominent. Join Byron Tarry who will discuss the implications, opportunity and need for personal video tools at scale.


If you build it! – Problem + Technology + Innovation Applied
Explore a selection of current “problems” businesses around the globe are facing, the impact these are or are likely to have on an organization, and some approaches that are available to support organisations.
Events & Scaled Messaging in a Virtual Business Environment
How do we create that wow factor and experience virtually for events.

POWERED BY… 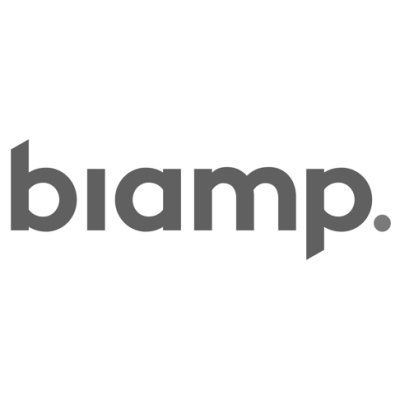 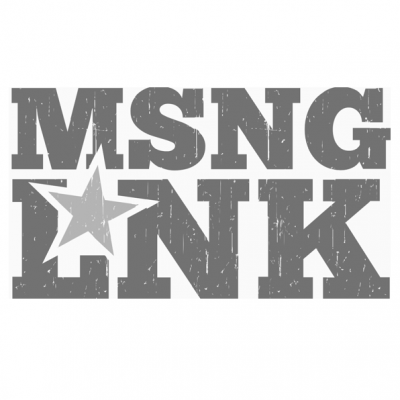 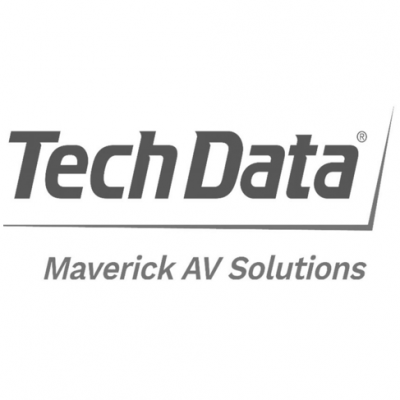 TOPIC DETAILS.
Legacide – why legacy thinking is killing your progress

The current crisis has laid a new foundation on which the future will be built. This is simultaneously exhilarating and terrifying. Terrifying because what got you here won’t get you there, but exhilarating because the status quo is at its weakest – and we will see a level of change not witnesses in two centuries.

The Post Pandemic Office – Preparing for the “Next Normal”

We will never return to the pre-COVID norm, but nor should we. COVID literally flipped a switch in the speed it changed things, and we have all spend a couple of months primarily in react mode. We now need to start to define the Next normal post COVID, but perhaps equally importantly we need to strategize about the “Heavy Middle”. A period driven by a focus on safety, efficiency, but also an opportunity to take advantage by leading and innovating in an interim Return to Work mid COVID normal. And in fact this middle period may tell us far more about planning for the Next Normal than any of us can possibly predict today.

A shift to personal video enablement has powered many organizations’ ability to operate in recent months.  Throughout that time, “good enough” was acceptable from an audience expectation standpoint, be that from internal or external audiences.  But as the interim normal sets in, expectation is rising and tolerance dropping for poor meeting experiences.  As realization sets in, that remote working isn’t just a short term trend, the business case behind investments in better enabling users is becoming clearer.  Then there’s a new reality, safety and all the implications it has.  Anything from who’s going to be willing to use a shared phone handset, to what field service staff are ready to go into different customer environments every day to support customers.

If you build it! – Problem + Technology + Innovation Applied

“The distance between imagining something, designing it, manufacturing it, and selling it everywhere has never been shorter, faster, cheaper, and easier – for engineers and non engineers alike. Frankly, if it’s not happening, it’s because you’re not doing it” – Brian Chesky – Co-founder, AirBnB.

Opportunities abound to solve problems created by the COVID crisis. The foundations of necessity, perception, user benefit, etc. have all shifted. What problems are the most pressing, where are the investments required to bring what may have been previously potentially niche or siloed technologies to the fore?

How does innovation and opportunity scale to overall organizational impact?

This session will explore a selection of “problems”, the impact these are or are likely to have on an organization, and some technology concepts or approaches that may have an application.

“Events” by their nature are about sharing a message, inspiring an audience by stirring emotion and linking this to a targeted action and outcome. Whether a tradeshow booth, a product launch, an all hands staff meeting, or any other event loses the ability to use the tools “physical “presence” offers – from stimulating our senses to physical interaction with a product, we need to compensate with different tools to get the same or similar outcomes. So how? How will we inspire customers, employees, investors, students, or otherwise when our canvas shifted from an LED wall to a laptop, from the Hyatt to a Home office, “Wow” to Webinars. Digital video, digital experiences, digital production are abundant at scale be that in broadcast or brand marketing, how can we bring some of those lessons to the corporate events and communication environment.

Sometimes in crisis moments we need to abandon our memories of “normal”, embrace the current and let that provide a new lens to reveal opportunties we couldn’t previously see.

To be courageous, and define the “next normal”.

Richard Mulholland kicked off his career as a rock ’n roll roadie operating lights for bands like Iron Maiden and Deff Leppard.

At the age of 22 he started Missing Link, a global presentation firm operating out of Johannesburg South Africa, and later HumanWrites, a Cape Town based social entrepreneurship venture that is trying to save the world one notebook at a time. Richard is the author of the best-selling business book, Legacide, and writes monthly columns for Longevity and Stuff magazines – he’s even written for Playboy – how rad!?

He was voted one of the Mail and Guardians Top 300 Young South Africans to take to lunch, and as one of Destiny Man’s Top 40 under 40 (Sadly though, he no longer qualifies as under 40…or young)

He is a renowned global speaker, and has spoken in many countries including Canada, Puerto Rico, UK, USA, Germany, and Kenya. As well as providing presentation coaching to many CEOs and TED speakers.

When not getting tattooed you’ll find him riding motorbikes…and playing board games.

Previously at AVI, Brad’s leadership includes the roles of Regional Vice President and Sr. Vice President of Enterprise Technologies, where his role was to provide strategic technical guidance for AV, Unified Collaboration, and Digital Media for Fortune 50 companies world-wide.

Brad is currently published as a regular contributor to Forbes Magazine and has been a keynote speaker at symposiums and workshops addressing emerging trends in AV and collaboration. Brad has briefed the US State Department, Department of Defense, NNSA and other federal agencies on the topic of classified collaboration and secure communications. Brad pioneered the use of MPEG multicast for statewide and district-wide distance learning applications with notable programs such as Hacienda LaPuente’ USD (three-time recipient of the Smithsonian Award for Technology in Academics). Brad’s thought leadership on the topics of out-come based design has made him a sought-after speaker to many industries and global organizations.

Gary Kayye has worked in technology branding and marketing for more than 25 years. He is the founder of rAVe [PUBS], the leading global AV news publication, and director of THE rAVe Agency, a full-service creative agency. His industry track record includes serving as vice president of sales and marketing for Extron and executive VP at AMX Corporation, now Harman International. Over the years, Gary has helped create or assist on a number of branding campaigns for dozens of tech companies — for brands like Cisco, NEC, HP, Epson, Sony, Zoom, Vivitek, Barco and the University of North Carolina — and has even served as an expert witness in branding court cases.

A graduate of the UNC Hussman School of Journalism and Media, Gary is now a teaching assistant professor at his alma mater. He teaches multiple courses: new media and its impact on the future of advertising, marketing and PR; a personal and professional branding class; and principles of advertising. Ask him his favorite, and you’ll learn that it’s impossible for him to pick — Gary has some of the brightest students in the country, all genuinely excited by the outside-the-box subject matter of his courses.

Gary has been the keynote speaker at more than 310 technology shows and events — largely thanks to his extensive marketing and branding expertise but also because of his entertaining and approachable speaking style. That means not standing behind a podium while speaking but, rather, asking his attendees to challenge his views during presentations — engaging in a dialogue with them rather than speaking to them. He’s also known to start a presentation with a fun, inspirational video or two.

Craig is a recognized industry leader in digital media and post production. He started his career as a studio and live recording engineer and was an early adopter of digital audio workstations for music and commercial post. This led to him embracing video, and a passion for broadcast, digital media, and workflow efficiency for the last 20+ years. Craig leads the Digital Media Practice within the GPA’s US based business unit AVI Systems focused on “One to Many” content curation and delivery including Streaming and Enterprise Video Platforms, Digital Signage and IPTV, and Digital Asset Management Workflow. His team is consistently sought for their expertise in delivering experiential based digital innovation by a wide array of verticals from Professional Sports to Corporate, and environments from Stadiums to the Desktop.